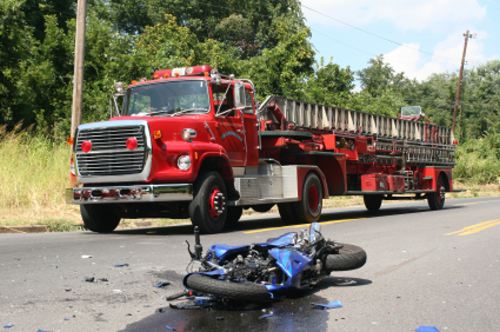 Motorcycle riding has become more popular in recent years, appealing to a new group of enthusiasts consisting of older and more affluent riders. Sales of all types of two-wheelers reached about 1,116,000 in 2005, a level not seen in about 30 years. At the same time, motorcycle fatalities have also been climbing, reading their highest level in 2005 since 1986. There has been a dramatic jump in the number of deaths among motorcycle riders age 40 and older in recent years.

Motorcycle crash fatalities have increased for eight years in a row.

There were 5.8 million motorcycles on U.S. roads in 2004, according to the latest data available, compared with 133.3 million passenger cards. Motorcycles accounted for 2.4 percent of all registered motor vehicles and 0.3 percent of vehicle miles traveled in 2004.

Most motorcycle accidents involve a short trip associated with shopping, errands, friends, entertainment or recreation, and the accident is likely to happen in a very short time close to the trip origin.

The view of the motorcycle or the other vehicle involved in the accident is limited by glare or obstructed by other vehicles in almost half of the multiple vehicle accidents.

Whether the motorcycle is conspicuous is a critical factor in the multiple vehicle accidents, and accident involvement is significantly reduced by the use of motorcycle headlamps (on in daylight) and the wearing of high visibility yellow, orange or bright red jackets.

The typical motorcycle pre-crash lines-of-sight to the traffic hazard portray no contribution of the limits of peripheral vision; more than three-fourths of all accident hazards are within 45deg of either side of straight ahead.

The likelihood of injury is extremely high in these motorcycle accidents-98% of the multiple vehicle collisions and 96% of the single vehicle accidents resulted in some kind of injury to the motorcycle rider; 45% resulted in more than a minor injury. Half of the injuries to the somatic regions were to the ankle-foot, lower leg, knee, and thigh-upper leg.

Groin injuries were sustained by the motorcyclist in at least 13% of the accidents, which typified by multiple vehicle collision in frontal impact at higher than average speed.