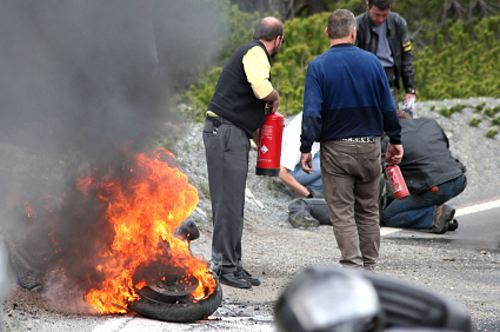 In 2005, 34 percent of all motorcyclists involved in fatal crashes were speeding, compared with 26 percent for drivers of passenger cars and 25 percent for light truck drivers, according to NHTSA.