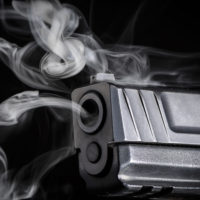 In a previous blog post, we described the controversy surrounding the arrest and charging of over 150 motorcycle club members present at the 2015 fight between members of the Bandidos and Cossacks clubs in Waco, Texas. Despite the claims of bias against judges and district attorneys involved in the prosecution, the first trial of one of the accused club members went forward in a Waco court, and it has now ended in a mistrial.

The first accused club member to stand trial was Jake Carrizal, the president of the Dallas chapter of the Bandidos motorcycle club. Carrizal was facing one count of directing the actions of a criminal gang and two counts of engaging in organized criminal activity. If he had been convicted of all three charges, he could have faced a lifetime prison sentence.

At trial, Carrizal testified on his own behalf about the day of the fight. He explained that, as his club was gathering for a meeting at a restaurant, he discovered that a number of Cossacks members were present, and they seemed to want to start a fight. Carrizal testified that a fight between the rival clubs soon broke out, leading one Cossack member to attack Carrizal with a pair of brass knuckles. He tried to reach in his pocket for a weapon with which to defend himself, firing off two shots at a Cossack. He then took cover under a truck and watched as his father (also a club member) received aid from police officers after having been shot in the shoulder. After deliberating for 14 hours, the jury announced that they had reached a deadlock regarding whether or not Carrizal was guilty, leading the judge to declare a mistrial.

Carrizal’s attorney, Casie Gotro, had raised claims in the press prior to trial that prosecutors and law enforcement involved in the case had withheld evidence to which she was entitled under the law. Gotro believes that the long delay in producing this evidence to the defense made it impossible for her to use it in preparation for trial. While Carrizal is eligible for a retrial, prosecutors have not yet announced whether one is scheduled.

The mistrial leaves some doubt about how the trials against the remaining 150+ club members will proceed. Court watchers believe that Carrizal’s mistrial is an indication that the cases against those arrested and charged with organized criminal activity may be fatally flawed.

If you’re a motorcycle rider in California and feel your constitutional rights have been violated, find out whether you are eligible to file a lawsuit based on this discrimination by contacting the experienced and aggressive Bay Area biker rights attorney William E. Weiss for a consultation, at 415-362-6765.