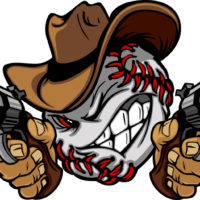 A deadly 2015 fight between rival motorcycle clubs at a Twin Peaks restaurant in Waco has resulted in the local district attorney treating the fight as an opportunity to hobble the clubs. The cases against the club members accused have been dogged by controversy, with one judge recusing himself and another defense attorney seeking to have the district attorney removed from the case just days before trial is set to begin.

Over two years ago, members of two Texas-based motorcycle clubs, the Bandidos and Cossacks, engaged in a violent battle during a meeting of the Texas Confederation of Clubs and Independents. The incident resulted in nine deaths and 18 injuries, though police gunfire accounted for at least four of those hurt. In all, the police arrested 239 individuals at the scene of the fight, among whom were members of both the Bandidos and Cossacks as well as members of other clubs who had aligned themselves with either the Bandidos or Cossacks. Instead of charging only those who were found to have participated in the fight, the district attorney Abel Reyna ultimately decided to charge 177 individuals with the crime of engaging in organized criminal activity, a felony that carries up to a life sentence. The accused all had their bond set at $1 million. Ultimately, 155 bikers are set to go to trial on these charges over the next two years.

Not only is Reyna’s approach of charging the men as though they were members of an organized crime family controversial, the cases have drawn negative attention for other reasons. A judge assigned to preside over one of the trials who used to work as the partner of district attorney Reyna recused himself, only after receiving strong pressure from defense attorneys. Recently, the attorney for one of the men facing charges claimed that Reyna launched an effort to defame his client. After his client, Cody Ledbetter, was arrested in connection to the shooting, his phone was seized and prosecutors downloaded all photos on the phone. Reyna then chose to distribute photos taken from the phone which depicted Ledbetter and his wife engaged in a sexual act, although the photos were “nothing weird, just a married couple engaging in married activities. It has nothing to do with any theory, or any case dealing with Twin Peaks,” Ledbetter’s attorney explained. He went on, “we just want a trial, but instead, we’re getting revenge porn.” The defense attorney is seeking to have Reyna taken off the case for what he claims was an illegal act.

If you’re a motorcycle club member in California whose constitutional rights have been violated, get help from a local motorcycle rights lawyer who will fight aggressively for justice. Contact Bay Area biker’s rights attorney William Weiss for a consultation in San Francisco at 415-362-6765.