Crash on I-5 Leads to Fatal Injuries for Motorcycle Rider 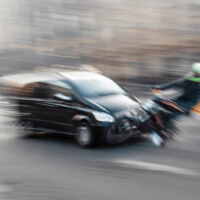 A recent accident in Elk Grove resulted in fatal injuries for a local biker. Authorities are now trying to locate the other driver involved in the crash. Learn more about the accident below, and contact an aggressive San Francisco motorcycle accident lawyer if you or a loved one has been hurt or worse in a Bay Area motorcycle accident.

The recent fatal crash occurred on Saturday, November 2, 2019, on the northbound side of Interstate 5 near Elk Grove Boulevard. The biker, a 63-year-old man from Lodi, was riding a Harley-Davidson and traveling behind a Dodge pickup truck in the far left lane at the time of the crash. When the Dodge slowed down as traffic slowed ahead of him, the Harley rear-ended the pickup truck. The rider of the Harley was ejected from his bike and thrown into a neighboring lane of traffic. He fell under the rear wheels of a big rig and died of his injuries at the scene of the accident. While the driver of the Dodge did stop and cooperate with authorities at the scene of the accident, the driver of the tractor-trailer continued driving. Sacramento County authorities are now looking for the truck driver involved in the accident as well as any witnesses to the crash.

According to research by the AAA Foundation for Traffic Safety, more than one hit-and-run accident occurred on the nation’s roadways every minute in 2016. This rate amounts to a 60% increase over the hit-and-run rate in 2009. Motorcycle riders are especially vulnerable to hit-and-run accidents since passenger vehicle drivers often fail to notice motorcycle riders when turning or changing lanes. In some cases, drivers of large semi-trucks and tractor-trailers might not realize that they hit a rider as they drive away from the scene. In California, leaving the scene of an accident is considered a criminal offense when the driver fleeing the scene made physical contact with the other driver or their vehicle. When the other driver or rider has suffered serious or fatal bodily injury, that driver could be charged with a felony offense.

Hit-and-run accident victims often need the help of an experienced injury accident lawyer to investigate the crash, speak to any witnesses who may be able to help identify the driver responsible, and ensure that victims get the compensation they deserve from at-fault drivers or their employers. Even if the driver can’t be identified, motorcycle accident victims may still have recourse through their uninsured/underinsured motorist (UM/UIM) coverage on their motorcycle insurance policy. Given the high percentage of uninsured drivers in California and the sharp rise in hit-and-crashes, it’s a smart move to purchase UM/UIM coverage at the highest limits you can afford.

If you’ve been seriously injured in a motorcycle accident in the Bay Area, contact the knowledgeable, aggressive, and trial-ready San Francisco motorcycle rights lawyer William E. Weiss for a free consultation at 415-362-6765.