What Are California’s Laws on Knives? 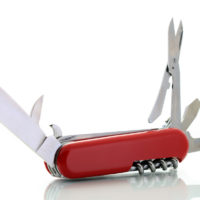 Many riders carry a weapon, such as a knife or firearm, for personal safety reasons. Unfortunately, California riders must always keep in mind the risk that they will become the target of harassment and unjust profiling by law enforcement officers. This means that even law-abiding riders carrying a weapon should know and understand the laws on when, where, and how they can carry weapons to avoid additional harassment or criminal penalties.

California has some of the nation’s most restrictive laws on carrying knives. Learn more below about the limits on carrying a knife in California.

Carrying a knife in public in California

California law permits individuals to openly carry most knives. You can carry a “dirk” or “dagger”—a straight-blade knife with or without a hand guard that can be used as a stabbing weapon and which can cause serious or fatal physical injuries—openly, in a sheath that is suspended from your waist. If the knife is concealed in any way, then you could face misdemeanor charges which carry fines and even the possibility of jail time. There are certain types of knives that individuals can carry in their pocket or otherwise in a concealed location, such as folding knives, box cutters and utility knives that don’t meet the definition of a switchblade.

Switchblades are subject to strict limitations in California. According to California Penal Code section 21510, carrying a switchblade knife with a blade over two inches in length or storing it in the driver’s area of a motor vehicle is a misdemeanor. It is also a crime to sell, loan, or give such a knife to someone else. The term “switchblade” includes any knife with a spring blade, snap blade, or gravity blade that is two or more inches in length and can be released using the weight of the blade or by pressing a button, flicking your wrist, applying pressure to the handle, or using some other mechanism. If the knife can only be opened using thumb pressure on the blade itself or with a thumb stud attached to the blade, and it has some other mechanism that places some resistance on the blade being opened or that biases it towards closing, then it does not qualify as a switchblade.

There are many other types of knives that are completely banned from being sold or possessed in California. These include many knives that are disguised in other objects, such as belt buckle knives, lipstick knives, air gauge knives, writing pen knives, or cane swords, as well as knives with blades that can’t be detected by metal detectors (such as ceramic or crystal blades).

The City of San Francisco places its own restrictions on carrying knives in public. San Francisco law makes it a crime to carry a dangerous or deadly weapon while loitering in a public place. “Dangerous or deadly weapon” includes: a knife of over three inches in length; any cutting, stabbing, or bludgeoning weapon; or any other weapon or device capable of inflicting serious physical harm. It is also a misdemeanor in San Francisco to carry, sell, or give someone else a switchblade, spring-blade, snap-blade, or any other knife that opens automatically through a mechanical device.

And that’s not all, either

If you have been the victim of motorcycle profiling, a violation of your civil rights, or you are otherwise in need of help from a knowledgeable California motorcycle rights lawyer, contact the seasoned and effective San Francisco biker rights lawyer William E. Weiss for a free consultation at 415-362-6765.