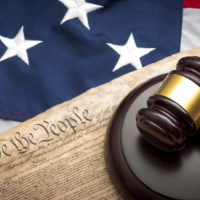 On February 20, 2019, the United States Supreme Court handed down a unanimous decision in the case of Timbs v. Indiana. Writing for the court, Justice Ginsberg held that the Eighth Amendment prohibition against imposing “excessive fines” applies to state governments via the 14th Amendment and the doctrine of incorporation.

Indiana trial and appellate courts had held that the state’s attempt to seize a defendant’s vehicle under its civil forfeiture laws was grossly disproportionate to the gravity of the offense and therefore unconstitutional. The Indiana Supreme Court reversed, holding that the Eighth Amendment only applied to federal government action and not the states. The U.S. Supreme Court disagreed, holding that the Eighth Amendment protection from excessive fines is “fundamental to liberty” and therefore incorporated to the states through the Due Process clause of the 14th Amendment.

Seven justices joined Justice Ginsburg’s majority opinion, and Justice Thomas wrote a separate opinion concurring in the judgement. There were no dissents. Read both opinions here, and contact San Francisco motorcycle rider civil rights attorney William E. Weiss if you feel civil forfeiture laws were misapplied against you or that your civil rights have been violated.

By William E. Weiss | Posted on February 21, 2019
Skip footer and go back to main navigation