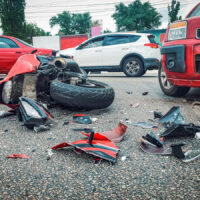 The California Office of Traffic Safety (OTS) compiles roadway safety statistics that compare the relative safety of cities and counties throughout the state. The OTS divides the state’s cities into seven groups based on their average population. San Francisco falls into Group A, a list of 15 cities with a population of over 250,000.

San Francisco residents on foot or two wheels: watch out

Beyond just the City of San Francisco, San Francisco County leads all other California counties for the most motorcycle accidents and the most pedestrian accidents in the OTS 2016 collision rankings.

If you’ve been hurt in a motorcycle crash or other vehicle accident in California, get the help you need by contacting the knowledgeable, aggressive, and effective Bay Area motorcycle accident lawyer William E. Weiss for a free consultation at 415-362-6765.