Resolution against Motorcycle Profiling Before Committees in House and Senate 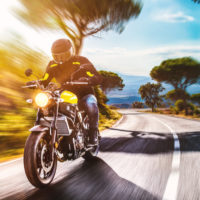 Earlier this year, several members of the US Congress introduced a resolution which would address the burgeoning trend of motorcycle profiling across the US. Motorcycle rights groups have called on bikers to contact their local representatives and ask them to support the resolution.

The bill was introduced in the House of Representatives by Rep. Tim Walberg of Michigan, Rep. Mark Pocan of Wisconsin, Rep. Michael C. Burgess of Texas, and Rep. Collin Peterson of Minnesota. The resolutions are currently before subcommittees of both the House and Senate Judiciary Committees. So far, the resolutions have 13 sponsors across both houses of Congress. So far, the only California elected official who has come out in favor of the resolution is Rep. Julia Brownley of Thousand Oaks. Constituents can contact their local representatives or senators to encourage them to support the resolutions.

Rep. Mark Pocan explained his support for the bill: “This bipartisan resolution should send a clear message to relevant regulatory and law enforcement agencies across the country: motorcycle profiling has no place on our roads. Instead, we must foster collaboration and cooperation between these agencies and the riders in order to promote safety and ensure all motorists are treated fairly under the law.”

If you’re a biker and have been the victim of profiling by California law enforcement, find out if you have a right to file a lawsuit based on this illegal treatment by contacting the Bay Area law office of attorney William E. Weiss for a consultation, at 415-362-6765.