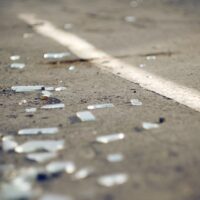 The winter holiday season is one of the most dangerous times of the year to be on the road in California and across the country. A major crash in rural Fresno County is the latest reminder of just how dangerous holiday driving can be. Continue reading for details about the tragic accident, and call a seasoned San Francisco motorcycle accident attorney if you’ve been hurt in a crash in Northern California.

Nine Killed in Fiery Crash on Highway 33 in Fresno County

California Highway Patrol officers were dispatched in response to reports of a crash on Highway 33 at around 8:00 p.m. on New Year’s Day. The accident occurred just south of Sutter Avenue, near the Fresno County-Kings County line. Responding officers arrived to find a Ford vehicle “fully engulfed in flames,” following a collision with a 2013 Dodge Journey S.U.V.

According to preliminary reports, a 28-year-old man from nearby Avenal was driving the Dodge southbound on Highway 33 when he veered onto the western dirt shoulder for an unidentified reason. The driver then overcorrected, causing his vehicle to travel back across the southbound lane and into the northbound lanes, where he collided with a 2007 Ford F-150 pickup truck heading in the opposite direction. The Ford was carrying several child passengers.

Reports indicate that the woman driving the truck, along with the seven children riding in the truck, were all killed in the crash. The driver of the S.U.V. was also killed. Officials are still investigating the cause of the accident.

Every year, there are more traffic crashes during the holiday season than at other points throughout the year. In 2017, for example, according to the National Highway Traffic Safety Administration (NHTSA), the average number of traffic fatalities during major holidays was 119 per day, as compared to 102 fatalities per day the rest of the year. On top of fatalities, there were more than 13,000 nonfatal crashes during Christmas that year.

The increase in traffic accidents during the holidays stems from many factors. There is typically an increase in traffic overall as people take time off work and travel to their families. There is also more stress, and more celebration, leading to more drunk drivers and more stressed, distracted drivers. Combined with inclement weather and dangerous road conditions, the winter season is especially hazardous for drivers. If you get on the road during the holiday season, or during any other major holiday throughout the year, make sure to take extra care to avoid negligent and reckless drivers on the road.

If you or a loved one have been injured or killed in a car crash in the Bay Area, contact San Francisco auto accident attorney William E. Weiss for a free consultation at 415-362-6765 ext. 157 or preferably my cell at 415-235-7060. You can email me at william.weiss@gmail.com.