New California Road Laws to Be Aware of in 2019 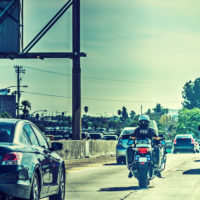 The California legislature introduced a number of new laws in 2018 that, as of January 1, 2019, have entered into effect. Read on to learn about several of these laws and contact an experienced San Francisco personal injury attorney if you’ve been injured on the road in an auto accident or motorcycle crash in the Bay Area.

California drivers who have been convicted more than once of DUI, or who have been convicted of a first DUI offense involving injury, will now be required to install an ignition interlock device. The device will remain on their vehicle for a period lasting between one and two years. Drivers who have had their license suspended by an administrative order now have the option to obtain IID-restricted driving privileges.

Motorcycles and passenger vehicles that have “modified or excessively loud exhaust or muffler systems” can now face fines. In prior years, owners of these vehicles could dodge the fine by fixing their muffler, but this is no longer the case.

Riders of motorized scooters who are over age 18 are no longer required to wear a bicycle helmet. Under California Vehicle Code § 21235, motorized scooters may no longer be used on highways with a speed limit over 25 mph, or on a road with a speed limit over 35 mph where the scooter isn’t riding in a marked bicycle lane. Children under age 18 who are seen by law enforcement riding a bicycle, skateboard, or skates without wearing a helmet can now receive a so-called fix-it ticket. These fines can be avoided if the child obtains a helmet and completes a bike safety class within 120 days of receiving the ticket.

Drivers must now pull into a neighboring lane when approaching or passing a trash truck using its yellow flashing lights. If no neighboring lane is available, the driver should reduce speed to something that is “safe and reasonable.”

License Plates for All Newly-Purchased Vehicles

All California auto dealers, whether selling new or used vehicles, must now attach temporary license plates to vehicles they sell that do not have existing plates issued by the DMV. Vehicles can no longer leave the dealer’s lot without either temporary or permanent plates.

Low- or zero-emission vehicles can now access carpool lanes, no matter how many passengers the vehicle is carrying. Vehicle owners must first obtain a clean air vehicle decal from the California DMV before using the carpool lane.

Cyclists who crash while riding on bike paths are now required to stop at the accident scene, according to the recently-amended California Vehicle Code § 21200. Cyclists who don’t stop could face felony hit-and-run charges.

If you’re a California driver or motorcyclist who has been hurt in an accident, contact the Bay Area personal injury attorney William E. Weiss for a no-cost consultation on your case, at 415-362-6765.