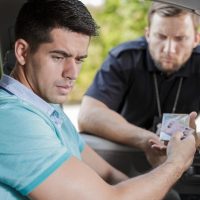 Traffic laws are constantly evolving to keep up with advances in technology, changes in society, and newly-identified dangers. California lawmakers have been working hard to increase road safety in recent years, especially for pedestrians and cyclists, which means cracking down on all kinds of dangerous driving. Below, we discuss some of the more notable laws that either passed in 2022, go into effect this year, or recently went into effect. If you’ve been in an accident in the Bay Area, or if you’ve had your rights as a motorcycle rider infringed upon, call the dedicated San Francisco car accident and motorcycle rider civil rights attorney William E. Weiss for a free consultation.

Under existing California law, drivers convicted of drag racing can face harsh penalties, including the loss of their license. Drag racers pose a serious danger not only to the participants but also to anyone else who happens to be on the road at the time. While the racers face harsh penalties, drivers who engage in so-called “sideshow” maneuvers–for example, burning out their tires in the street to entertain an audience–face very limited punishment.

Under the terms of a new law, drivers who participate in these “sideshows” would see harsher penalties. Effective July 1, 2025, courts can suspend a driver’s license for 90 days to six months if the driver is convicted for speeding in connection with a sideshow. Section 23109(c) of the California Vehicle Code (CVC) (exhibition of speed) now defines “sideshow” as “an event in which two or more persons block or impede traffic on a highway, for the purpose of performing motor vehicle stunts, motor vehicle speed contests, motor vehicle exhibitions of speed, or reckless driving, for spectators.”

According to Assemblyman Vince Fong of Bakersfield, the bill’s sponsor: “We need to increase the penalties for illegal street racing activities to send a message that this activity will not be tolerated.”

AB 43, signed into law in October 2021, concerns speed limits. Existing law sets certain default speed limits (25mph on highways in residential or business districts) and gives local governments the authority to set lower speed limits (20mph or 15mph) on certain types of roads. The new law expands the same 25mph default speed limit to state highways located in business or residential districts and expands the authority of municipal governments to set lower speed limits on highways. For the first 30 days after implementation, drivers who violate the new limits would be subject only to a warning citation.

The aim of the new law is to enhance protections for pedestrians and cyclists. The law essentially expands the authority of town, city, and county governments to set lower speed limits in areas that see heavier foot and bicycle traffic.

Enhanced Points for Texting While Driving

California’s distracted driving law was passed several years ago but it just recently went into effect. As of July 2021, drivers who violate the state’s hands-free law (prohibiting texting and other manual phone usage) a second time within 36 months of a prior violation will be assigned a violation point on their driving record.

As of January 1, 2027, drivers with a Class C license will be allowed to operate a vehicle towing a trailer between 10,001 and 15,000 pounds, so long as the trailer is used solely for recreational purposes for transporting property, living space, or both.