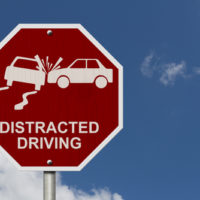 Distracted driving continues to be a serious problem, and it can pose an especially lethal threat to motorcyclists. Motorcycle rights advocates in several states, as well as safety advocacy groups such as Mothers Against Drunk Driving, have begun to push for legislation at the state level that would allow for law enforcement to punish distracted driving similarly to how it punishes driving while under the influence of alcohol or drugs.

According to the National Highway Traffic Safety Administration (NHTSA), driver inattention is a factor in almost 80% of motor vehicle crashes, and in 65% of near-crashes. With the proliferation of cell phone use behind the wheel, as well as increasingly-common in-vehicle entertainment systems, drivers are more distracted than ever. In fact, after decades of decreasing rates, fatalities on the road have gone up, with the NHTSA estimating an 8% increase in road deaths overall and a 10% increase in motorcyclist deaths nationwide in 2015. While these increases are attributed in part to more overall miles driven, it has also been attributed in part to the continued increase in distracted driving. Motorcycle riders are especially threatened by distracted drivers, as a large share of serious crashes involving motorcycles can be traced back to passenger vehicle inattentiveness and a failure to scan the road for bikes.

In response to the growing problem of distracted driving, a number of safety and motorcycle rights advocacy groups have begun to call for criminal penalties for distracted driving that mirror those for drunken driving. For example, advocates in Pennsylvania are currently pushing for the passage of a bill known as “Daniel’s Law,” which would allow the imposition of a sentence of up to five years in prison for a driver who injures or kills someone while driving distractedly. The bill’s name is based on the tragic death of Daniel Gallatin, a motorcyclist who was killed when he was rear-ended by a driver who was texting while driving. The bill is currently in committee.

If you or someone you love has been injured in a motorcycle accident in the Bay Area, ensure that you receive the full compensation you’re owed for your medical expenses, pain and suffering, and lost wages by contacting San Francisco motorcycle rights attorney William E. Weiss for a free consultation on your claims, at 415-362-6765 or via e-mail at william.weiss@gmail.com.