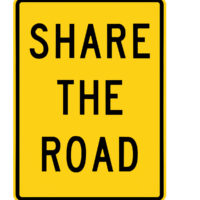 Numerous cities across the state of California have recently been holding so-called “Motorcycle Safety Enforcement Operations,” and some cities have even permanently added law enforcement officers to their streets who are tasked with enforcing motorcycle safety. Whether these officers are truly focused on motorcycle safety, or whether they are examples of illegal discrimination against motorcycle riders, is up for debate.

The City of Napa is just one of the many California cities which have publicized recent motorcycle enforcement operations. These operations ostensibly target areas where a high number of motorcycle-related crashes have occurred, and will crack down on behavior of both motorcyclists and passenger vehicle drivers that could cause motorcycle collisions, such as drunken driving, high rates of speed, and unsafe turning. The goal of these operations, according to law enforcement press releases, is to reduce the number of injuries and deaths resulting from motorcycle collisions.

Taking it a step further, the City of Newport Beach has added an officer to its police force who will implement a motorcycle safety program. The position was funded by a National Highway Traffic Safety Administration grant to the California Office of Traffic and Safety; riders can expect to see similarly-funded programs pop up across the state. Newport Beach’s officer will focus on patrolling areas where a large number of motorcycle collisions occur, looking for riders using smartphone handsets or who appear to be under the influence, and watching for other forms of dangerous driving. Newport Beach Police insist that enforcement and education will focus on both passenger vehicle drivers and bikers alike.

For club members with three-piece patches, these operations may provide police with an opportunity to stop them and question them at length about their club, attempt to take pictures of club members and any tattoos they have, etc. This is why it is recommended that you try to video/audio record any such stops. There is now good case law that stops which last longer than necessary to accomplish their purposes (such as a motorcycle safety program stop or traffic citation) violate the 4th amendment.

If you believe you have experienced unfair discriminatory treatment by law enforcement as a motorcycle rider in California, ensure that your rights as a licensed biker are protected and contact the Bay Area motorcycle law attorney William Weiss for a consultation on your case, at 415-362-6765.