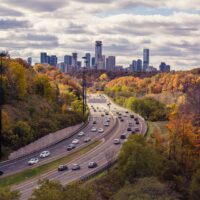 Modesto, CA (July 21, 2020) – An accident reported on Sunday evening claimed a child’s life and left three other victims injured in the Modesto area. On July 19, the Modesto Police responded to the site of a crash on Plaza Parkway.

Reports provided by authorities show that a family of four was traveling in a sedan was attempting to make a left turn from Plaza Parkway onto the southbound lanes of Sisk Road when their vehicle was broadsided by a second vehicle after the driver of the second vehicle ran a red light at the intersection. The vehicle then fled the scene of the crash.

The car carrying the family was severely damaged. A 12-year-old girl was fatally injured in the accident. Despite resuscitative measures rendered at the scene by bystanders and medical personnel, the young girl succumbed to her injuries at the scene of the crash. A 15-year-old male, who was identified as the young girl’s brother, was critically injured in the accident. The victim was airlifted from the scene of the crash to a Bay area hospital for treatment. The father of the two children was transported to an area hospital with serious injuries. Their mother was transported to an area hospital for treatment of injuries.

The driver of the fleeing vehicle, who was identified as 45-year-old Kelley Bell, was subsequently arrested and faces numerous charges for driving while under the influence of drugs. At this time, investigations surrounding the collision are ongoing.

We would like to offer our deepest condolences to the family of the young girl who lost her life in this accident. Our thoughts are with the three victims who were injured in this accident. We hope for their full recovery.

Losing a loved one in a collision can have a devastating impact on a family. Not only are they forced to endure overwhelming mental and emotional consequences, but many families are forced to deal with the loss of an income source and tens of thousands of dollars on funeral arrangements and burial services. When victims lose their lives in accidents caused by negligent drivers, their families should immediately reach out to a wrongful death lawyer California.

For nearly four decades, California car accident attorney William E. Weiss at the Law Offices of William E. Weiss has helped thousands of families across Northern California protect their legal rights after losing loved ones in collisions. Our team advocates on behalf of grieving families to ensure their legal rights are protected. We strive to help families maximize their recoveries so they can move forward and cover the costs of medical treatment, funeral arrangements, and more. If your loved one lost their life in an accident caused by the negligence of another motorist, contact Attorney William E. Weiss directly by calling (415) 235-7060 to schedule a free case evaluation with an aggressive personal injury attorney in California to explore legal options available for you.

Notes:  Our firm uses outside sources when creating these posts.  These sources include but are not limited to various news sources, police reports, traffic incident reports, and first-hand accounts about accidents and the injuries involved.  For this reason, the details surrounding the accidents that we report about have not been independently verified by our writers and staff.  If there is any incorrect or false information in this post, please contact us immediately and will change the post to reflect the most accurate information available.

Disclaimers:  As valued members of our local community in San Francisco, we at William E. Weiss, are making an effort to improve the overall safety of our community members while informing them about the dangers of driving and reminding drivers to drive safely and use precautions. This post is not a solicitation for business.  The safety information provided should not be misconstrued as legal or medical advice. The photographs used in this post are not representative of the actual accident scene.