Will Making an Uninsured Claim Raise My Insurance Rates? 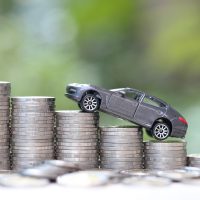 Car insurance is a necessary evil for all drivers in California. Paying the monthly rates is a pain, but if you find yourself liable after a car accident, insurance keeps you from going bankrupt. One of the more frustrating parts about car insurance, so the rumors go, is that it seems that you are penalized for using it–if you have to rely on your insurance to pay someone back after an accident, you are likely to see your rates raised. What happens, however, when you need to rely on your car insurance but you did nothing wrong? If you have to use your uninsured/underinsured motorist coverage to cover your accident costs after an accident caused by someone else, will you face the same penalty? Read on for a discussion of auto insurance rates and uninsured driver claims, and call an experienced San Francisco auto accident attorney for assistance if you’ve been in a car accident in the Bay Area.

Rates Will Go Up After an Accident

The rumors are at least partially true: If you were at fault for an accident, you will likely face a rate hike after an accident. Some insurers have a form of “accident forgiveness” that will stop rate hikes for the first accident with an otherwise clean record. Outside of such guarantees in your policy, however, insurers are free to raise your rates after an accident. And rest assured, they will do so, and with gusto: In California, drivers see an average rate increase of a massive 69% after an accident.

Even the most “driver-friendly” insurance companies will raise rates by a huge amount; at the low end of the spectrum, even State Farm will raise customer rates by an average of 56% after a crash. At the high end, Progressive has been found to raise rates by upwards of 84% after an accident. These rate hikes assume, however, that you were responsible for the accident. The rules are different if you were not at fault.

Uninsured/underinsured motorist (UM/UIM) insurance is optional, supplemental insurance coverage offered by auto insurance providers. UM/UIM coverage applies when you are hit by a driver who does not carry insurance, who lacks sufficient insurance to cover your costs, or who flees the scene without giving you their contact and insurance information. It’s meant to protect you in the event you are in an accident and not at fault, but you have no way of collecting compensation from the party who is to blame.

It would seem entirely unfair for you to be penalized for relying on the insurance you pay for due to an incident that is not your fault. In many states, auto insurance companies will, nevertheless, raise rates after customers make UM/UIM claims. California law understands that insurance companies will raise rates at any given opportunity, even when it seems unjust to do so. For that reason, California law explicitly prohibits auto insurers from raising rates after an uninsured motorist accident claim.

If you were in an accident with an uninsured or underinsured driver, you have the right to make a claim under your UM/UIM coverage, and you can do so without fear of reprisal. California insurers are not allowed to raise your rates or cancel your policy for relying on your uninsured motorist coverage. If they try to jack up your rates after you make such a claim, they are acting unlawfully and can face severe penalties.

Insurance companies might, however, try to undermine or devalue your UM/UIM claim in order to limit their liability. They could try to shift the blame onto you, or downplay the extent of your injuries or the cost of your medical bills. An experienced auto accident attorney can help you maximize the value of your claims and ensure that your auto insurer does not try to lowball you when you need support the most.