Idaho Profiling Bill Rejected, Despite Success of Such Bills and Evidence of Profiling 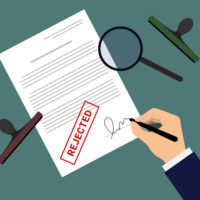 While law enforcement frequently claim that they don’t engage in the practice, motorcycle profiling appears to be alive and well across the country. Despite the fact that profiling can be an infringement of citizens’ Constitutional rights under the 1st, 4th, and 14th Amendments, lawmaking bodies are doing little to prevent this practice.

In our previous blog post, we reported on an anti-motorcycle-profiling bill being considered by the Idaho state legislature. This bill would have made it illegal for Idaho police to engage in motorcycle profiling, defined in the bill as “the arbitrary use of the fact that a person rides a motorcycle or wears motorcycle-related paraphernalia as a factor” in choosing to pull someone over, or to question or search them.

After the bill was unanimously approved by the house, the state senate rejected it. When asked to explain why they did not support the legislation, numerous state senators claimed that motorcycle profiling was already illegal, as police were barred from pulling someone over “for no reason other than the fact that they’re wearing a leather jacket or riding a Harley-Davidson,” said one legislator. Additionally, several of these lawmakers claimed that they had spoken to sheriffs from their districts, who reported having received no complaints about motorcycle profiling occurring in their area.

Meanwhile, a story out of Virginia serves as an example of the sort of unconstitutional profiling that occurs nationwide, though rarely so blatantly. The Alcohol and Beverage Control department of Virginia recently sent letters to 30 bars and restaurants throughout central Virginia, threatening to take away their liquor licenses if they became a hangout for “outlaw motorcycle gangs.” The letter claimed that there had been “an increase of Outlaw Motorcycle Gang (OMG) in on premise [sic] ABC licensed establishments,” and that becoming “a meeting place or rendezvous for members of a criminal street gang” could cause the loss of an ABC license.

One Virginia bar owner, whose bar is frequented by local riders he describes as “good guys,” described his frustration with the ABC letter to local media, “Don’t say just because you have a motorcycle patch on there that you’re a bad guy, because it’s not true… If the ABC wants to take my license, I guess they can take my license. There’s nothing I can do about it, but I do believe that Constitutional rights are being violated here every day.”

When one local rider sought more information on what prompted the crackdown, he was not surprised to learn that police could produce no support for the increased scrutiny on motorcycle gangs. The man submitted a public records request to his local police department seeking documents on recent arrests related to motorcycle club activity, as well as a list of local motorcycle clubs and their recent criminal activity. The police department responded that no such records existed, giving the lie to their claim that dangerous outlaw motorcycle gang activity had recently increased.

If you’ve been unfairly detained or searched by law enforcement and believe it was due to your status as a biker, speak with a skilled California civil rights and biker profiling attorney about a possible legal claim; contact Bay Area motorcycle rights lawyer William Weiss for a consultation at 415-362-6765.