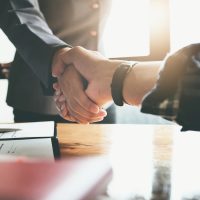 Pretty much anyone who retains a lawyer to represent them in a personal injury case will sign what is called a contingency fee agreement. Such an agreement is called the “keys to the courthouse” for people who couldn’t afford to hire a lawyer to get them fair compensation after they were injured in a car crash, slipped and fell, or were bitten by a dog or burned, etc.

A contingent fee is factored on elements of risk both as to the ultimate success of the case and the amount recovered. The attorney also agrees to delay receiving the fee until conclusion of the case, which may be years in the future; i.e., the attorney in effect finances the case for the client during the pendency of the lawsuit. [Cazares v. Saenz (1989) 208 CA3d 279, 288; see also ABA Form.Opn. 94-389]

Contingent fee arrangements allow individuals not otherwise able to afford legal representation an opportunity to seek redress for legal wrongs and to protect their legal rights: “The client may and often is very likely to be a person of limited means for whom the contingent fee arrangement offers the only realistic hope of establishing a legal claim.” [Fracasse v. Brent (1972) 6 C3d 784, 792; see Gilman v. Dalby (2009) 176 CA4th 606, 619. (noting that “almost all plaintiff retainer agreements in personal injury actions are on a contingency fee basis”)]

I want to focus on the percentages contained in contingency fees agreements and what they may contain. I charge 33 1/3% for personal injury cases I handle. For children or certain clients that are not competent, I usually charge 25%. ( Settlements for children under 18 and incompetent persons have to be approved by the court including the fees and costs) I don’t raise my fees during the pendency of a case if certain conditions occur. It’s one-third all the way. Some firms charge one-third if settlement is achieved within 60 days of signing the fee agreement. It is rare for a case to settle within 60 days in my experience. After that some lawyers then charge 40% if settled after the 60-day period but before the filing of a lawsuit or initiation of arbitration. After a lawsuit is filed the fee goes up to 45%. There will be a provision to recover certain costs: if the firm spends money to develop and bring your claim that will be deducted from your settlement. I do that too, everyone does. Some people put the amounts in the agreement for incidental costs like $.56 per mile for mileage, so much for photocopies, etc. I haven’t been charging for those costs lately.

If your lawyer recommends settlement and you don’t agree some lawyers immediately charge you for the costs they have expended and require you to post a cost deposit to continue to move your case forward. These charges could be in the thousands. They also have percentages for fees if the client discharges them or they withdraw. They’ll want hourly fees to be paid to them at hundreds of dollars per hour and charges for paralegals at maybe $125 per hour. If you withdraw some agreements require arbitration rather than a lawsuit. Thus, trial lawyers try to move your case into arbitration without a jury trial. Good trick but the State Bar may not allow that. They’ll charge you for file storage too.

Fees are negotiable. The point is you have to really read and understand the fee agreement before you sign it. When you are knocked out of commission in an accident you may not be on top of your game and may not be in a position to understand what you are paying for.

I have been a lawyer for 45 years and have had a lot of great results in the millions and hundreds of thousands. What is your case worth? Ask me. When could your case settle or when would it be likely a trial would occur? Ask me. I’ll tell you for free.

Let me know if you want to see more articles on the nitty-gritty of having a claim and lawsuit.