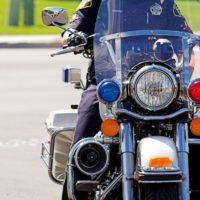 The California Highway Patrol (CHP) has recently received a grant which it plans to direct toward motorcyclist safety efforts. The “Have a Good Ride II” grant was provided by the California Office of Traffic Safety through the National Highway Traffic Safety Administration. The grant will be spent on a year-long campaign, which began in October of 2015, aimed at reducing the number of motorcycle accident-induced injuries and fatalities statewide. CHP commissioner Joe Farrow stated, “A motorcyclist has the same rights, privileges, and responsibilities as any other motorist on the roadway. The educational efforts supported by this grant will improve safety for motorists as well as motorcyclists.”

The campaign described by the CHP seems to have the potential to be a productive motorist education campaign, or it could turn out to be yet another way to menace bikers under the name of motorcyclist safety. The CHP describes its intentions to offer motorcycle traffic safety education events and create PSAs on motorists sharing the road with motorcyclists. However, the CHP also plans to create PSAs targeted at reckless behavior by motorcyclists, helmet use, and riding while intoxicated. The CHP also states that it will conduct “enhanced motorcycle safety enforcement operations” at times and locations where motorcyclists are most populous, such as over Memorial Day weekend, the Fourth of July, and certain motorcycle events. On balance, the Have A Good Ride II program potentially could spend less effort on passenger vehicle driver education and more on further painting motorcyclists as the irresponsible party in a serious motorcycle accident.

Research indicates that motorcyclist injuries and fatalities would decrease with greater motorist awareness and education on driving alongside motorcyclists. In nearly 40% of fatal motorcycle crashes, the other driver was violating the motorcyclist’s right of way when the crash occurred. One study showed that passenger vehicle drivers who themselves also rode motorcycles or who had family members who rode were more likely to see motorcycles on the road and avoid colliding with them. This shows that other drivers are not incapable of seeing motorcycles on the road, but they are simply not looking for them. Rather than conducting yet another crackdown on California motorcyclists, law enforcement would do more for biker safety with a campaign diligently targeted at motorist awareness of how to spot and share the road with motorcycles.

If you’ve been hurt while riding your bike by a negligent or reckless driver, contact experienced Bay Area motorcycle accident attorney William Weiss for a consultation on your claims, at 415-362-6765.