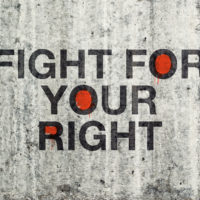 After years of waiting, California bikers may finally receive the legal protection from harassment that advocates have been demanding for decades. Two California State Assembly members have recently introduced a bill that would bar law enforcement from unfairly targeting members of motorcycle clubs. Learn more about the proposed law below, and contact a San Francisco motorcycle rights lawyer if you’ve been the target of unfair treatment due to your status as a biker in the Bay Area.

The bill on motorcycle profiling, AB 2972, was introduced by Assemblymember Anna Caballero of Salinas, and co-authored by Speaker Pro-Tem Kevin Mullin of San Mateo. If approved by the state legislature and signed into law, the bill would make it illegal for a law enforcement officer to profile bikers based only on their status as motorcyclists. The law would also grant motorcyclists who have been subjected to profiling a private right of action—i.e., a right to bring a lawsuit—for damages and attorneys’ fees against the officer who committed the profiling. The bill defines “motorcycle profiling” as follows: “using the fact that a person rides a motorcycle or wears motorcycle or motorcycle club­related clothing as a factor, without any individualized suspicion of the particular person, in deciding to stop and question, take enforcement action, arrest, or search a person or vehicle, with or without legal basis under the California Constitution or the United States Constitution.” The anti-profiling provision would become a part of the California Vehicle Code.

Anti-profiling bills have been gaining steam across the country, with bills prohibiting unfair treatment towards bikers becoming law in Washington and Maryland, and similar bills being considered in other states. California has already outlawed motorcycle-only checkpoints, and activists have long been calling for a law that broadens the prohibition of disparate treatment by law enforcement. In a statement on motorcyclist profiling, the American Motorcycle Association said:

The AMA . . . has long championed the undeniable fact that the vast majority of riders and enthusiasts are upstanding, law-abiding citizens. Motorcyclists and motorcycling enthusiasts represent the full range of Americans and should be judged on their specific behaviors and actions, not their chosen mode of transportation or association with others.

California motorcyclists interested in seeing this bill become law are encouraged to contact their local assembly member’s office to encourage them to vote for the measure. As of this writing, AB 2972 has passed out of the Public Safety Committee and will next need to be voted on by the full Assembly before moving to the Senate. An Assembly vote could come as soon as April 19th, so act now if you are interested!

If you’re a California motorcyclist and have been targeted by law enforcement for exercising your First Amendment rights of free speech or expression as a biker, find out if you have a right to take legal action based on harassing conduct by contacting the knowledgeable and aggressive Bay Area motorcycle rights lawyer William E. Weiss at 415-362-6765.