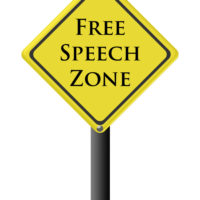 A Harley-Davidson dealership in California agreed to declare a ban on “club colors or cuts” as a condition of receiving a permit for a special event to be held at the dealership. The condition is another affront on the First Amendment rights of bikers, and is especially shocking coming from a company that has historically received strong support from club members.

Quaid Harley-Davidson, located in Loma Linda, California, applied for a permit to hold a Bike Night fundraiser on September 13, 2017. The permit was granted by the city with the condition that the dealership agree to post and enforce signage stating “NO COLORS OR CUTS ALLOWED.” Records obtained by the motorcycle rights lobbying organization Motorcycle Profiling Project show that a staff member of the dealership signed the permit application agreeing to this and other conditions. Members of the local and extended club community were encouraged to contact the Quaid dealership, Harley-Davidson’s corporate offices, and the City of Loma Linda to express their dismay at the act of discrimination.

When contacted about their agreement to ban club colors at their event, a Quaid Harley-Davidson representative said that the condition was imposed without warning. Quaid staffers contacted local clubs to warn them about the city’s position on displaying colors at the event. The spokesperson claimed that the dealership refused to enforce the discriminatory policy that night, and that there were attendees at the event who in fact did display colors and cuts. That said, the Quaid Harley-Davidson representative did admit that a staffer agreed to the conditions on the special event permit without contesting the unconstitutional restriction on club members’ free speech rights.

More and more, local and federal government bodies have made it clear that they see no problem with trampling on the free speech rights of club members by restricting when and where they may wear their club colors. Constitutional law states that restricting speech in this way should be done only in extreme cases, such as where the speech is clearly designed to incite violence. Little evidence exists to show that club members proudly displaying their colors at a fundraiser for a nonprofit that assists injured riders would result in violence; nevertheless, the Harley-Davidson dealership did little to directly stand up to this discrimination.

If you have faced discrimination as a California rider, such as by wearing your club colors, find out if you have a claim for damages based on this discrimination by contacting the knowledgeable and dedicated Bay Area motorcycle rights lawyer William E. Weiss for a consultation, in San Francisco at 415-362-6765.