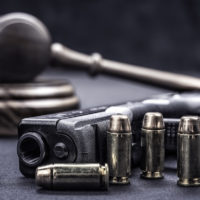 The State of California already has some of the nation’s most restrictive laws on guns. The latest legislative term has resulted in even more restrictions on Californians’ rights to possess weapons and certain forms of ammunition, which are slated to enter into effect in the new year. Learn about the new California gun laws for the year of 2019 below, and contact a seasoned California civil rights attorney with any questions you may have about your rights under the second amendment of the US Constitution.

Over recent years, several large-scale mass shootings across the United States have drawn the attention of the public at large as well as lawmakers. California’s most recent legislative session is an example of the ways that these incidents have shaped public policy. Some of the most significant upcoming changes to California gun laws will include:

SB1100: This is one of the most significant changes to California gun laws. The law will make it illegal to sell a rifle or shotgun to anyone under 21 years of age. Currently, California residents under 21 are unable to purchase handguns but may purchase other types of firearms. The new law has an exception for members of law enforcement and members of the military, as well as hunters who hold a state-issued license.

AB3129: Current law imposes a ten-year ban on gun ownership for those convicted of a domestic violence offense. This new measure will make that ban on owning a firearm permanent.

It’s important to know your gun rights if you’re stopped or harassed by the police based on a gun or other weapon you may be lawfully carrying. If you’ve been the victim of a violation of your civil or constitutional rights in California, contact the experienced and dedicated Bay Area civil and motorcycle rights attorney William E. Weiss for a free consultation on your case at 415-362-6765.