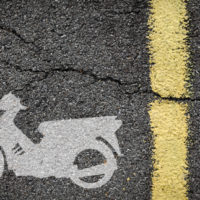 A bill proposed by California State Assembly member Bill Quirk would formally legalize lane splitting for motorcycle riders in California. The bill has received widespread support, and is expected to pass.

Long occupying a middle ground between being considered legal and illegal, lane splitting has been a sanctioned means of navigating traffic for motorcyclists in California for a number of years. The California Highway Patrol (CHP) once published guidelines on how riders should split lanes, but after an individual complained that this qualified as the CHP creating public policy, the CHP stopped publishing these guidelines last year.

Quirk’s bill, AB 51, would define lane splitting as “driving a motorcycle . . . that has two wheels in contact with the ground, between rows of stopped or moving vehicles in the same lane, including on both divided and undivided streets, roads, or highways.” The law would make lane splitting legal and call for the CHP to establish guidelines on how to safely split lanes.

A previous version of the bill had included more specific language on the circumstances under which lane splitting would be permissible, which was objected to by motorcycle advocacy groups and other safety groups alike. The bill proposed last year required that lane splitting would not be permitted when the motorcycle would be moving more than 15 mph faster than the traffic around it, and could never occur at speeds over 50 mph. Motorcycle rights groups considered this speed too low. The current version of the bill leaves the determination of what is or isn’t a safe speed up to the CHP. This year’s bill has support from several law enforcement groups, as well as the American Motorcycle Association, the Motorcycle Industry Council, and the California chapter of ABATE, a motorcycle rights group “dedicated to preserving individual freedom and promoting safety.”

California would be the first state to make lane splitting officially legal, and is currently the only state where it is not illegal. Similar bills have been rejected in Arizona, Texas, Nevada, and Oregon, despite the widespread legality of the practice throughout the majority of Europe.

If you are a California motorcyclist facing a legal issue, such as a claim for injuries after an accident or unfair biker discrimination, contact the experienced and knowledgeable Bay Area biker rights attorney William E. Weiss for a consultation on your claim, at 415-362-6765, or william.weiss@gmail.com.