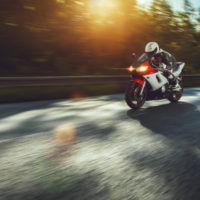 Myrtle Beach, South Carolina is the home of two motorcycle festivals each May: Harley Week, held in mid-May, and Bikefest, held later in the month over Memorial Day weekend. On paper, the main difference between these two festivals is that Harley Week has predominantly white attendees, and Bikefest predominantly black attendees. Bikefest is locally known as “Black Bike Week” for that reason. That said, the city of Myrtle Beach treats these two festivals very differently. During Harley Week, the city does not put a traffic plan in place. During Bikefest, however, the city requires festivalgoers to enter a 23-mile loop at night. On busy nights, this loop can take up to six hours to complete.

Cedric and Leslie Stevenson, the plaintiffs in the recently-filed lawsuit, attended Bikefest in 2016. The Stevensons found themselves stuck in that 23-mile loop for hours after eating dinner out on a Saturday night during the festival. Subsequently, the Stevensons avoided any activities that would require them to drive in the evening and potentially get stuck in the interminable loop. The couple “felt humiliated and frustrated,” according to their lawsuit, as a result of being unable to move around the city freely. “The City’s efforts are having the exact effect they are intended to have: making African­ American bikers feel harassed, humiliated and unwelcome,” explains the lawsuit.

This is not the first time that Myrtle Beach has faced criticism in court for its treatment of Bikefest attendees. In 2003, the city was sued over its disparate treatment of Bikefest. In that case, the federal court ruled in 2005 that the city would need to implement the same traffic plans for both Harley Week and Bikefest for the following ten years. When that ten years expired in 2015, the city began using a different traffic plan for Bikefest which, the NAACP argues, is “even more restrictive than the 2003 plan.”

If you’ve been the target of police harassment as the result of being a motorcyclist and want help standing up for your rights before a judge, contact the dedicated, aggressive and trial-ready Bay Area biker rights lawyer William E. Weiss at 415-362-6765.